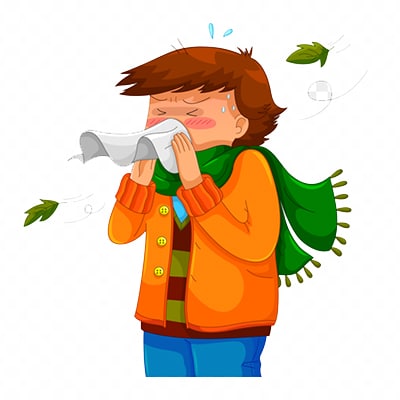 The cold is a viral infection of the nose and throat. It usually passes in three or four day unless your child develops a complication. Call your child’s doctor if any of the following happens.

– First, the eyelids develop a yellow drainage or are stuck together after a nap. This means your child needs some antibiotic eyedrops.

– Second, your child acts like he’s having an earache or is unusually cranky. An earache infection is the most common complication of a cold.

– Third, your child develops a yellow discharge from the nose that lasts for more than 24 hours, or the openings of the nose become raw and scabbed over. This means he probably has a sinus infection.

– Fourth, your child develops difficulty breathing that’s not better after you clean out the nose. This means that he could be getting pneumonia.

– Fifth, the fever lasts for more than three days. this increases the chances that your child has developed a bacterial complication somewhere.

In summary, I didn’t mean to overly alarm you. Only 5% develop any of these complications. Knowing that your child doesn’t have any of these symptoms will help you sleep better.