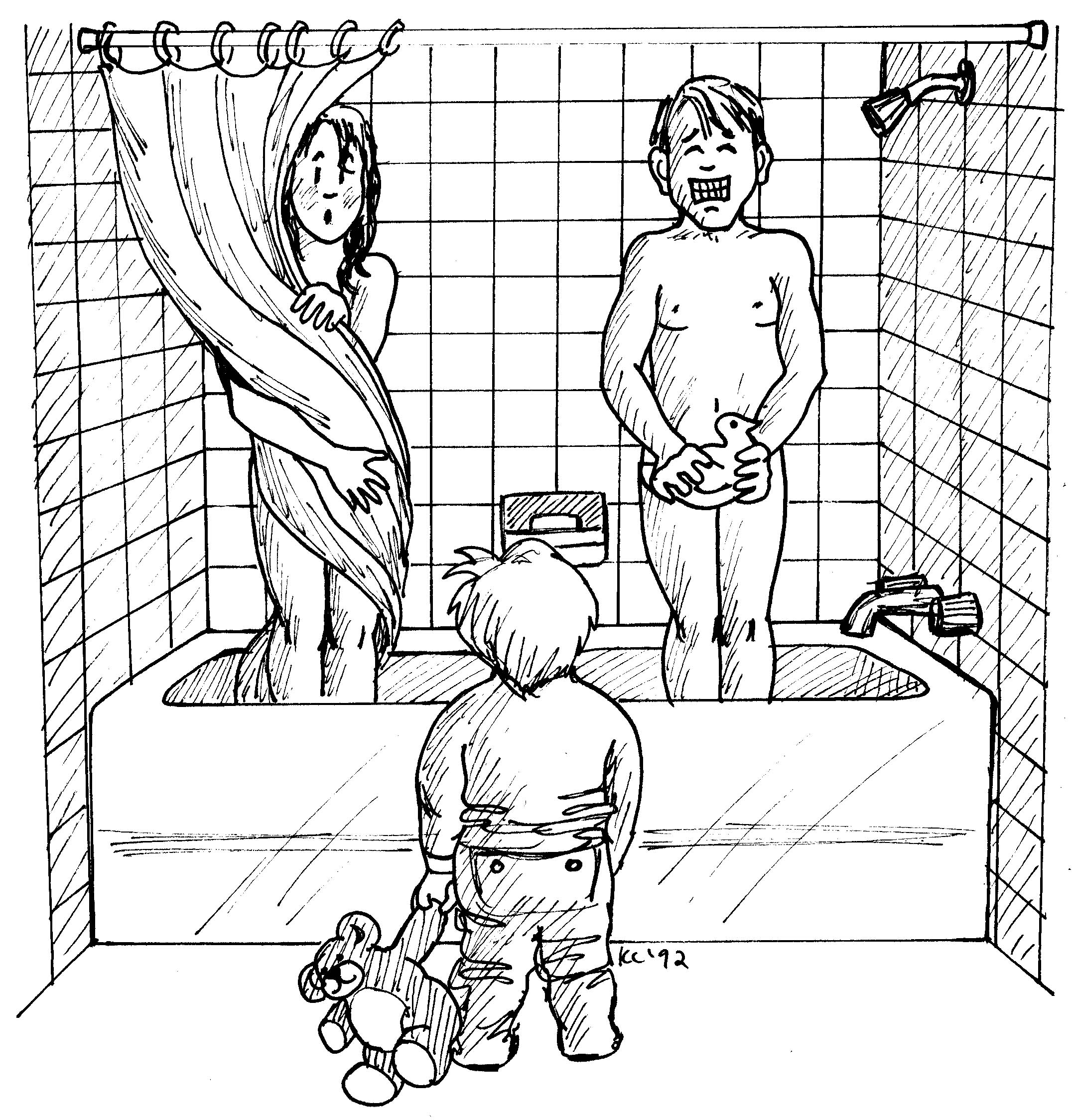 Feelings about nudity vary from family to family. Exposure to nudity with siblings or the parent of the same sex is fine and probably will continue indefinitely in locker rooms and so forth, but nudity with the parent or sibling of the opposite sex probably should be phased out between the ages of four and five. Here are some reasons:

â¢ First, your child will probably be entering school and nudity is clearly not acceptable there.

â¢ Second, most families in our society practice modesty, so a child that is interested in looking at other people’s bodies can get himself into some trouble.

â¢ Third, it’s more comfortable for children to learn genital anatomy from siblings and age mates than from seeing their parents nude.

If you are in agreement with these comments, then between ages four and five begin to teach a respect for privacy. Stop showering and bathing with your children. Close the bathroom door when you use the toilet. Close your bedroom door when you get dressed and suggest they do the same. Wasn’t that easy?