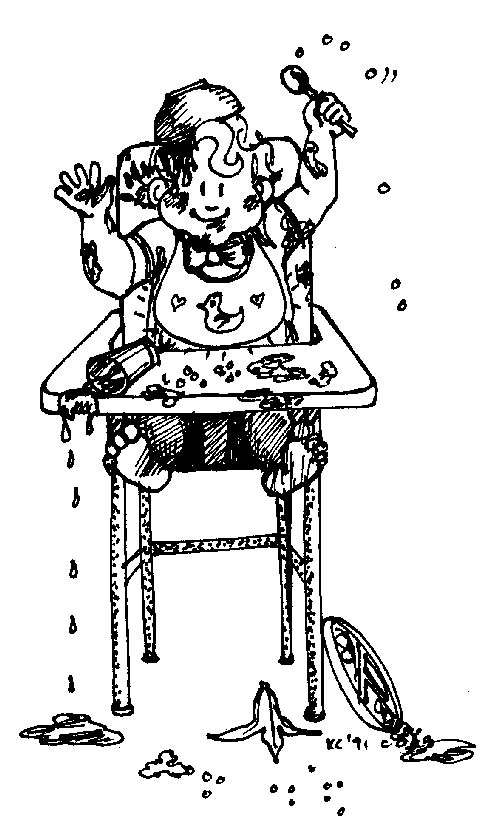 During the early months of self-feeding, many children will make a mess of their high chair and of themselves. If they mix their food with their hands or feed themselves that way, children should not be criticized or punished.

This is a normal part of learning how to feed themselves, but when it comes to throwing food, you can draw the line. Have a rule that, “We don’t throw food, drop food on the floor, or put it on our body.” Also go over the acceptable behaviors with your child. “What I want you to do is keep your food on your tray or in your mouth.”

â¢ When your child throws food, give him a consequence. Take him out of his high chair and put him in “time-out” in a playpen for two minutes. Then let him return to the table and if he throws food again, assume he’s had enough to eat and put him down for keeps. He’ll get the idea.

â¢ To deal with some of the normal sloppiness of young eaters, put down some newspapers and offer small portions at a time. Praise your child when he eats without making a mess. Some people also think a dog comes in handy.