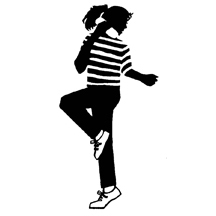 Fever blisters are painful blisters that occur on one side of the lip. They’re also called cold sores. Fever blisters are a nuisance, because it takes ten days to go through the process of rupturing, scabbing over, and drying up. Fever blisters are caused by the Herpes Simplex virus. Flare-ups occur following sun burn, fever, friction, or menstrual periods. Teach your teenager these tips on prevention.

• First, always use a lip balm, containing sunscreen to cover the area where the fever blisters occur. This will cut down on fever blisters caused by sunlight.

• Second, if your child is going skiing or to the beach and have had lots of flare-ups in the past, despite careful use of sunscreen, talk to your child’s doctor. Recent research has found that taking an anti-herpes medicine by mouth before such outing can prevent most flare ups.

• Third, once your child gets fever blisters you usually can’t shorten the course, unless you apply an anti-herpes ointment on day one, as soon as you notice any tingle or small bumps.

In summary, if your teenager has fever blisters that flare up several times a year, see your doctor about new anti-herpes medicines.