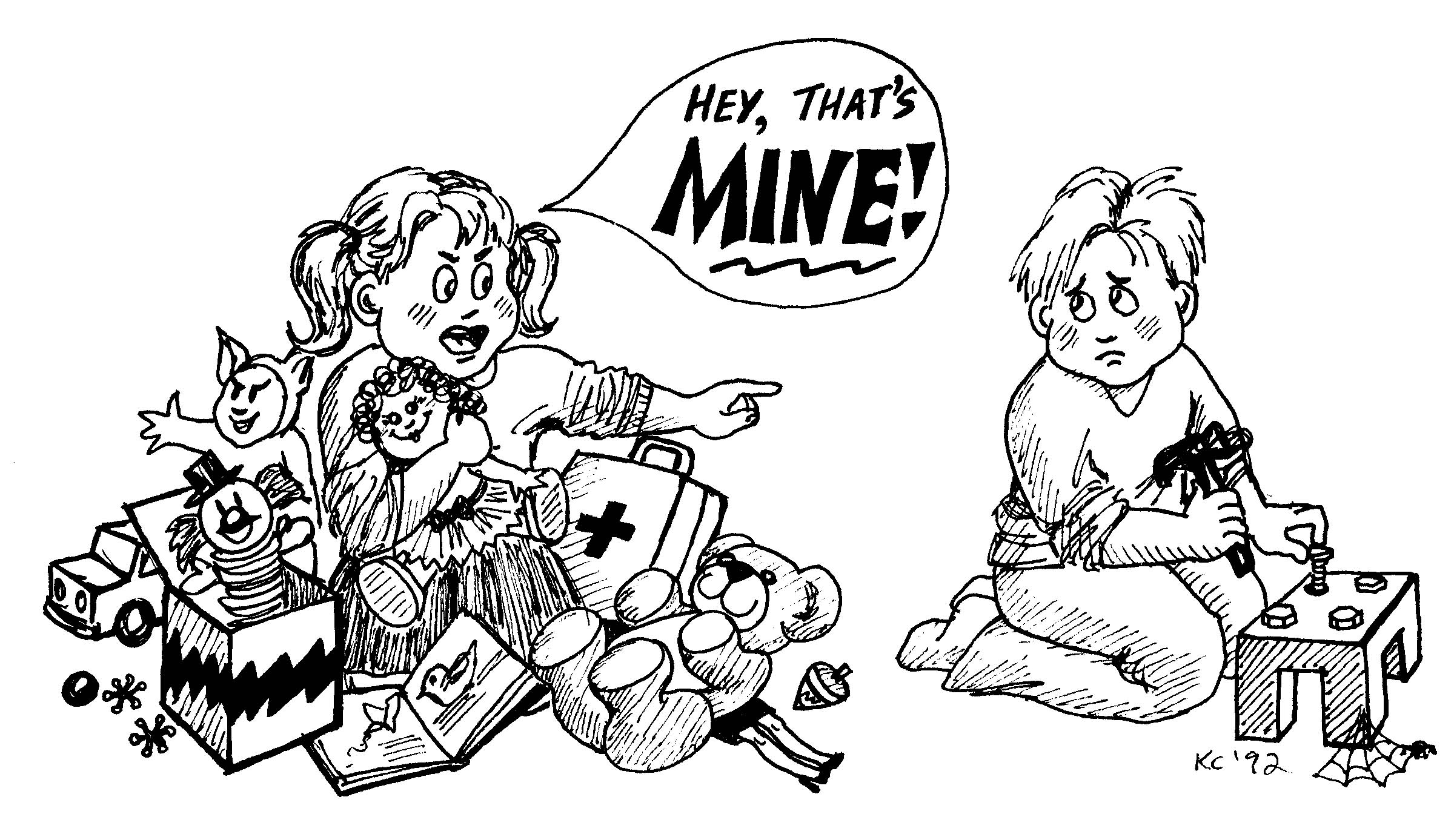 Toddlers often become upset when other children play with their toys. They see possession as ownership. They don’t understand the concept of sharing until three or four years of age. But you can plant the idea with statements, such as “If you share with them, they’ll share with you.” Try this approach:

â¢ First, if your child doesn’t want to share her toys yet, don’t punish or criticize her. And when you go to the playground, only take one toy with you. When she’s not playing with, pick it up before another child takes an interest in it.

â¢ Second, buy some separate toys that are brought out when other children visit you. Make it clear that these sharing toys don’t belong to your child.

â¢ Third, if your child grabs someone’s toy away from them, return the toy to the child who owns it. Never let the more forceful child keep a toy she has taken away. If this misbehavior recurs, give the grabber a brief “time-out.”

â¢ Finally, when you share your food or possessions with your child, point it out to her. And don’t forget her for any sharing she does.