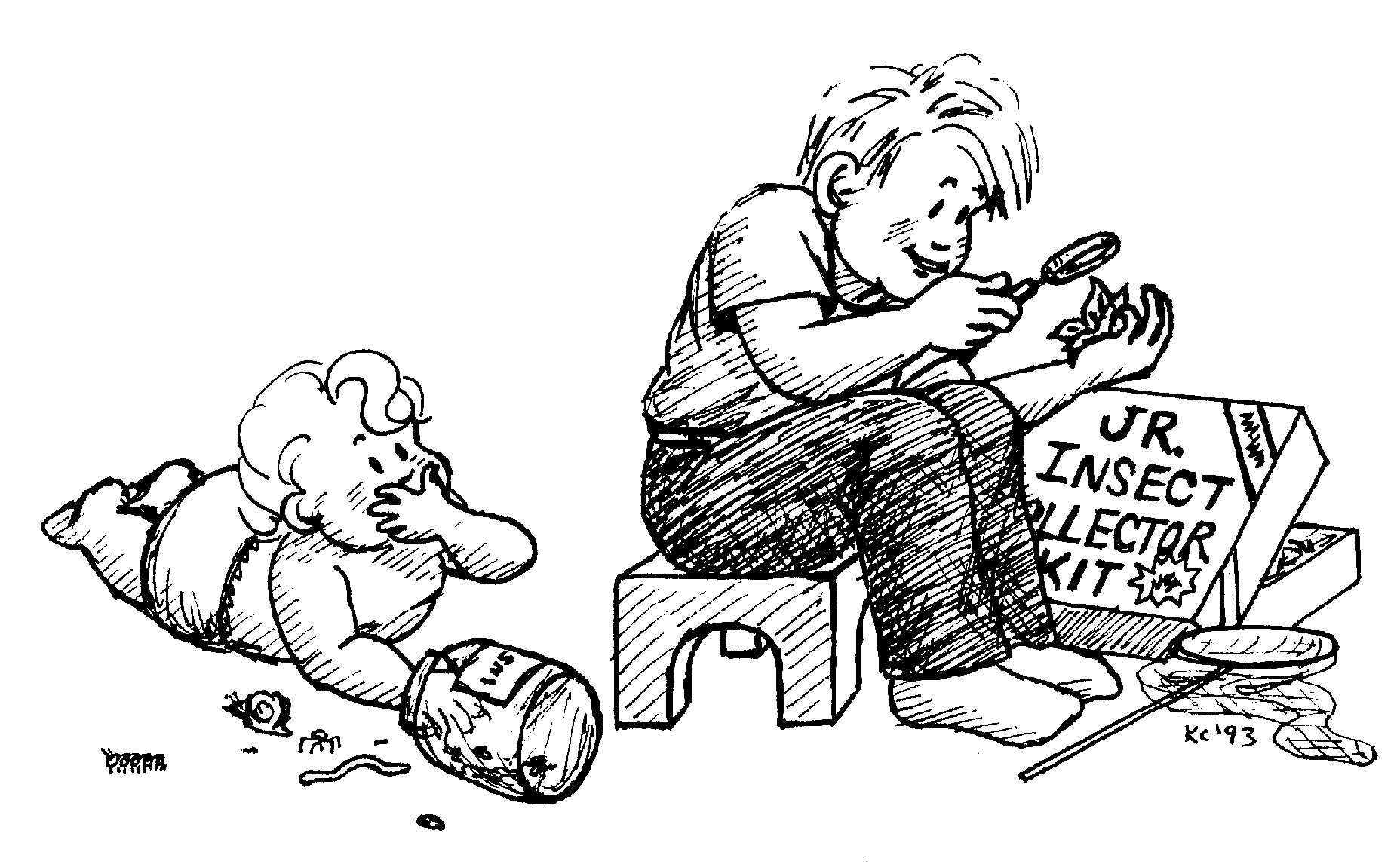 Don’t give your child
toys that have small parts that can be swallowed or become lodged in a child’s windpipe, ears or nose, such as doll accessories, small snap-together blocks of beads or puzzles with small pieces. CPSC has developed the “truncated cylinder test tube,” now available in retail stores. This clear plastic tube allows things to fall through it that are too small to give a child under 3 years of age (but items marked for children 3 and over do not have to pass this test). Don’t rely completely on such “rules of thumb”. Children from one month to 4 years old have choked on products that passed the commission’s safety tests. Be aware that the worst offenders are pieces of broken balloons that children ingest and the marbles and small balls that often come in games. Broken toys are dangerous toys.

â¢ Toys that come in cereal boxes or gum ball machines should be kept away. They are almost sure to be too small, too sharp and/or breakable.

â¢ Knives, darts and any other sharp toys as well as toys that fire projectiles.

â¢ Electrical toys, especially any with heating elements. Be wary of buying them, even when approved for an older child (especially if there is a younger, second child in the house).

â¢ Stuffed toys with seams that are not tightly sewn. Stuffing that might escape often consists of small pellets that can be swallowed.

â¢ Fragile toys, however cute and appealing they may be.

â¢ Toys with strings longer than 12 inches, until a child is old enough to avoid getting tangled or wrapping himself or herself in a longer cord.

â¢ Old toys with chipped paint that may have a high lead count, rough or splintery edges, small removable parts such as glass eyes or other unsafe features.

â¢ Loud noise makers of any kind, because babies’ hearing systems are sensitive and can be damaged.

â¢ Music box toys, especially plush ones with detachable parts that may become a choking hazard.

â¢ Audio tapes, because babies are more interested in pulling the tape from the cassette than listening to the music.